Increasing Efficiency with Precision Farming; How Satellites Can Help Farmers 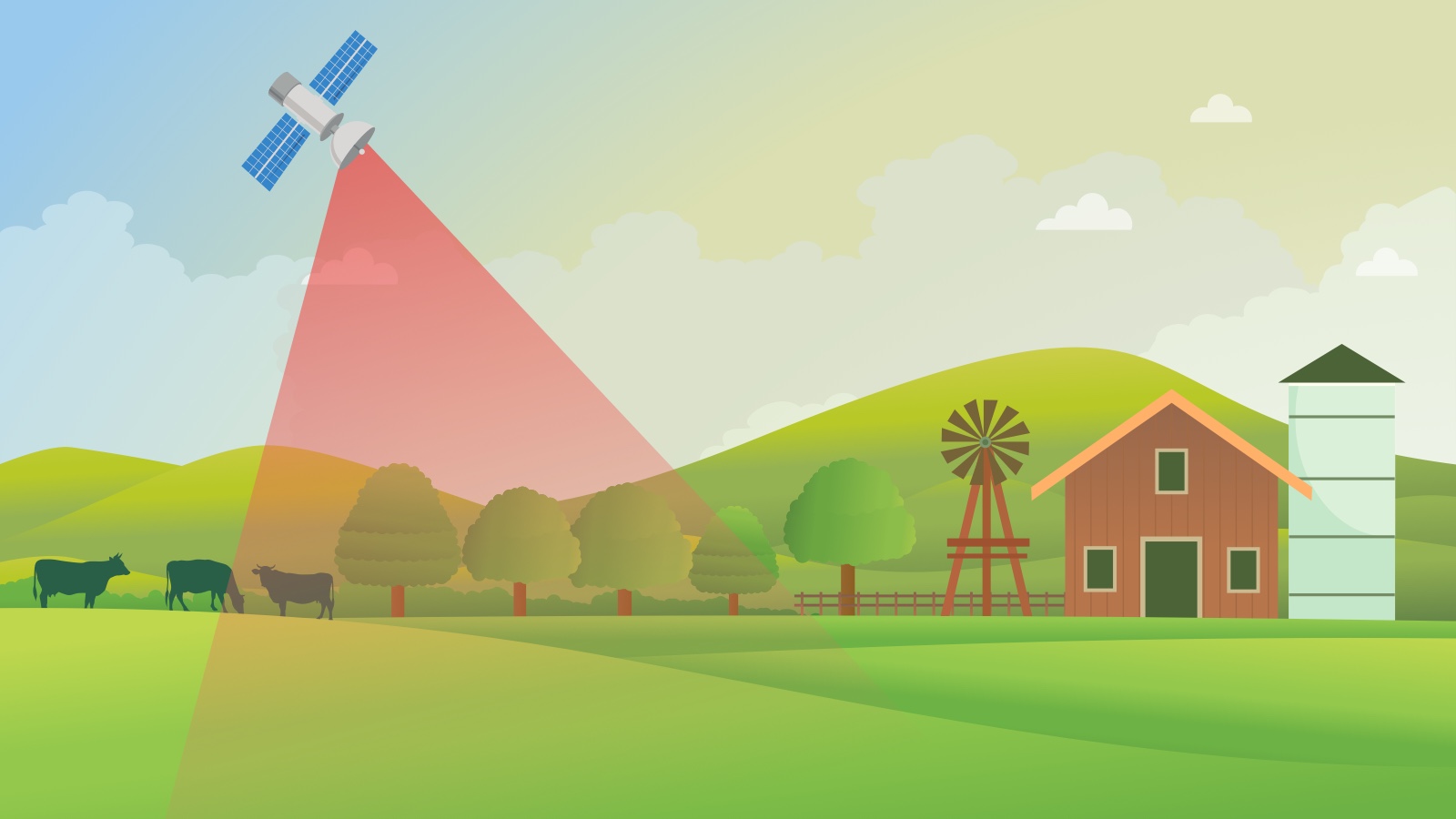 Do you know that 37% of Earth's land is used for agricultural purposes? 11% is used for growing crops, and the rest is for pastures. One of the most overlooked challenges in agriculture is maintaining and improving efficiency. With climate changes already happen everywhere, humanity will have to face and tackle these challenges. Why? As the population only continues to grow, much of the world will depend on more effective agriculture practices to produce more outputs the world population relies on. This is where precision farming can help farmers.

What is Precision Farming?

Precision farming is a method that uses a data-driven feedback loop to determine how to optimise the farm to the highest extent. The easiest way to understand it is to think of it as everything that makes the practice of farming more accurate and controlled when it comes to growing crops and raising livestock. A key component of this approach is the use of information technology and a wide array of items such as GPS guidance, sensors, robotics, control systems, drones, autonomous vehicles, variable rate technology, GPS-based soil sampling, automated hardware, telematics, and software.

The primary aim of precision farming is to ensure profitability, efficiency, and sustainability while protecting the environment. This is achieved by using the big data gathered by this technology to guide both immediate and future decisions on everything from where in the field that is lack of water, to when it's best to apply fertiliser, chemicals, or seed.

While precision farming principles have existed for more than 25 years, it's only have become mainstream and cheaper than it used to for the past decade due to the advancements in the technology, and the adoption of other broader technologies. Some of the key technologies characterised the trend for precision farming such as the adoption of mobile devices like smartphones and laptops, access to high-speed Internet, low-cost and more reliable satellites—for positioning, taking, and analysing imageries— and farm equipment that has been optimised for precision farming by manufacturers.

The goal is to make farming as sustainable as possible, by minimising inputs and still produce more outputs and eliminate as much waste as we can. One way to achieve this is by leveraging satellite data to maximise efficiency on farms. You might ask me, “How can satellites that orbiting Earth thousands kilometres away from surface can improve the future of agriculture?” My answer is, quite a lot.

Farmers with farms that stretch for hundreds to thousands hectares long have a hard challenge to get an accurate information on the overall health of their farm. They could be applying to much fertiliser, and it's going to be very hard for them to fix the error caused by that. This is one use case where satellites can be useful on farming. Satellites have opened up the idea of precision farming to farmers and consumers wanting more sustainable products.

Crops are location-based organisms, so it makes sense why GIS (geographic information systems) is an extremely relevant tools for farmers. Over the years, satellites have taken the lead to bring precision farming to fruition. It promises large-scale imagery of every square metres of your farm, on a weekly basis. This is a value proposition where drone cannot match, and only getting stronger. But it sure have some limitations, such as low spatial resolution and informational content, or cloud cover that can affect the quality of satellite imagery.

In order to grow, crops need sunlight, nutrients, and the right amount of water. Too much (flooding) or too little (drought) will have an enormous impact on their growth. Satellite technology collects real-time microwave energy from the Earth's surface in order to better forecast crop production and monitor drought and flooding.

Several satellite imagery companies provide prescription based on the biomass assessment during multiple growing seasons to optimise Nitrogen application. The images taken from the satellite shows various Nitrogen content throughout a plot. This can help modern-day farmers to apply Nitrogen-based fertilisers only in deficient areas, according to the analysis of the satellite imageries.

Crops need the right amount of water to flourish. Sometimes, they only need a little, and anything extra is a waste and potentially harmful to them. Satellite imageries can show farmers how much water left in their body, and farmers only need to water the areas that lack. This can potentially save time, labours, and limited resources: water.

Satellite constellations able to take images and analyse up to 2 times per week—allows farmers to detect and tackle trouble areas as soon as possible, and optimise scouting efforts in a much-targeted way. The most popular remote sensing method to identify problems on-farm plots is called NDVI, Normalised Difference Vegetation Index. NDVI helps to inform the health and vigorousness of their crops to farmers.

Run Experiments On A Large Scale

Farmers have an ultimate goal: to increase their crop yield while minimising the inputs. Satellites can help farmers to tests a particular type of crop or fertiliser prescriptions on a large scale without a doubt. And this could also help farmers to minimise the usage of pesticides.

After Applying Precision Farming, So What's Next?

As farmers adopt precision farming, new technologies will continue to emerge. For the last couple of years, I've seen more and more startups creating artificial intelligence to help farmers field works. While AI will never be able to replace the complex decision-making process that farmers have to go through on a regular basis, it could help them to make that process easier and faster.

While farmers have enormous access to wealth database of agriculture, in fact, they often don't know what to do with it. AI has the capability to analyse huge amounts of data in a short period of time and using it to suggest what is the best action farmers can take. This kind of information can be used to predict pests or diseases outbreaks before they spread and decimate crops, to predict when is the best time to plant and to offer inventory management that could predict yield prior to harvest.

We believe that precision farming will have an important role in the future, especially for areas that are affected by changing climates. Let's continue to explore any kind of possibilities to fulfil the needs to produce enough food for the projected 9 billion people by 2050. I hope this provides insight into precision farming and the beneficial use of remote sensing using satellites to you.

Tania is an open source farm management software project hosted on GitHub. You can support this project by